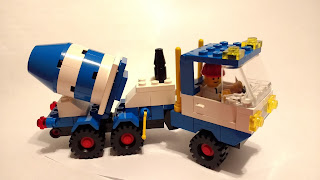 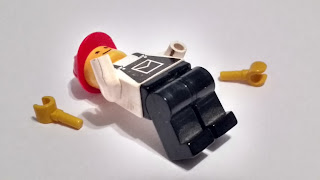 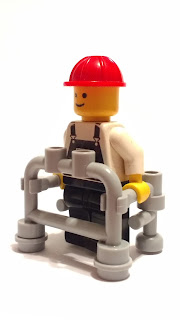 "Let me tell you a story..." It's a common, simple request, but an important one.  Storytelling is how we connect to each other.  It lets us express ourselves and entertain or inspire each other.  It's both a way to teach and a way to learn.  It's a way to remember and relate our own experiences, and it is the foundation of history, the memory of our civilization.

So now that I've made it sound incredibly important, let's talk about little plastic toys.  This is a blog about the intersection between storytelling and LEGO™.  In the past few years I've become reacquainted with these Danish-designed plastic bricks and pieces, and discovered the culture that surrounds them. Through this, I've found myself most drawn to how LEGO can be used to both share and inspire stories.

Here's a bit of my own LEGO story as a case in point.  I'm the youngest of four kids, so my first exposure to LEGO bricks was from my older brothers and sister.  Over the course of a few Christmases and birthdays they received a handful of sets: a Town police car and dump truck, a couple small Space sets, a Universal Builder set of System bricks, a couple bigger Expert Builder (Technic) sets.  I must have shown a fair amount of interest, because before long I was given my own small set of bricks.  Remembering little more than the rainbow palette and a model of blue alligator, I recently scoured Bricklink to identify it: 1560 Basic Building Set, from 1985.  Containing 27 two-stud wide bricks, apparently it was a promotion for Pepsi-Cola and Crest toothpaste (separately, I presume, rather than as a collaboration).

This set neither had nor needed instructions.  Every model pictured on the box could be and was reverse-engineered by this 5-year old.  But building LEGO isn’t just about making it look like the picture on the box. A child who has built a LEGO set has done more than complete a task, they’ve built their own toy.  Now they can talk about what they've done and how they did it, create and tell a story about with that toy, and that can give them an idea to remake their pieces into a new toy, with another story to tell.

My LEGO story starts with the blue alligator from the 1560 Basic Building Set, and it's fitting that this chapter and this blog begin with the same.  I'm away from most of my collection at this moment, but here's a recreation of that alligator using the parts I have hand.

So how about it? Do you remember the story of your first LEGO set, or the first one that you gave to someone else?  It doesn’t matter whether you use words or bricks.  Build me a story!
Posted by BrickTeller at 08:25 1 comment: