Collectors of all kinds face the challenge of completionism.  I suppose it falls on the mostly-harmless end of the spectrum of obsession, as the biggest risks are the thinner wallets, vanishing display and storage space, and the rolled eyes of those who don't understand.   And while Lego is the focus of my own completions tendencies, collections come in all types.  This can include anything from baseball cards to cast-iron cookware to tiny adorably plush caricatures of pop culture characters. 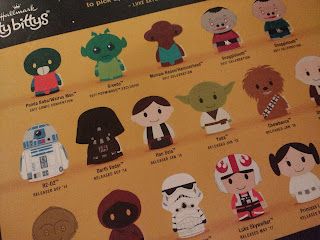 Either by design or by one's own interpretation, all variety of things come in sets, tied together on a common theme, and Lego has long been no exception.  The vast spectrum of hundreds of new Lego products each year is divided in themes and sub themes, linked together by style, size, or licensed intellectual property.  Some themes stick around for years and years, and others vanish after just a year or two.  From a small screenshot I took last year, can you spot the two that are effectively retired? 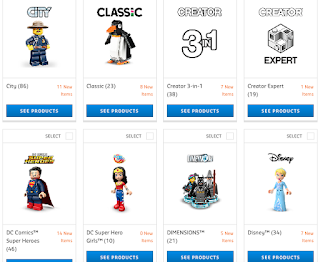 Some entire themes are clearly marketed as collectibles.  Last year saw the release of the 18th numbered series of Lego Collectible Minifigures (CMFs), which doesn't even count numerous additional rounds each of licensed minifigures for Disney, The Simpsons, and all four Lego movies to date. The fact that the CMFs are packaged in blind bags only increases the challenge, and the collectibility!

Entire themes like Mixels or Brickheads are themselves sets begging the completionist to collect them all.  You never even knew you needed a set of medically-themed googly-eyed crazy critters until you've already collected them from every other themed tribe created before. 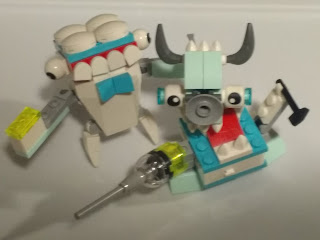 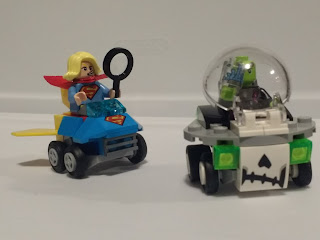 Some series of sets span several years, like the Creator Expert Modular Buildings, the Creator vehicles (Mini Cooper, VW Van, London Bus, VW Beetle, etc) or even the promotional mini versions of the same.  Other themes like Castle and Pirates come and go in waves, spurring the urge to get them all while the getting is good, essentially stocking up for the next long drought. 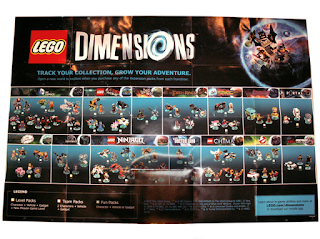 Tie-ins with Lego video games have also created new categories of collections.  Lego Dimensions brought a wide variety of new licensed characters to the tangible Lego world, while the various Fun Packs, Team Packs, Level Packs, also provided in-game characters, vehicles, and tools helpful or even necessary to progressing through and even expanding the content of the game.  Likewise the Nexo-Knights theme was designed from the start with a strong connection to the corresponding game app, and most sets included power tiles which could be scanned and add powers to characters in the game. 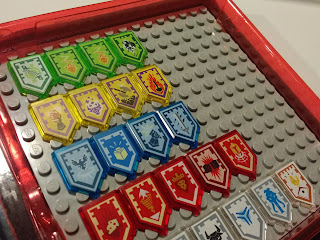 Even outside of the app, the unique printed designs on the Nexo tiles call out to be collected.  After all, a pentagonal tile printed with an image of stinky cheese might just perfect sign for the cheese shop in your Lego village's business district! 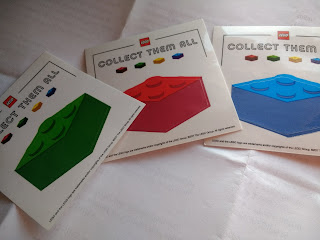 The pieces themselves are the most obvious type of Lego collection.  Builders learn which shapes and colors of parts they need most for the models they want to build, but also want a wide variety of less common parts to use in unique and unexpected ways.  (Check out those hat hooks from the 10197 Modular Fire Brigade.) 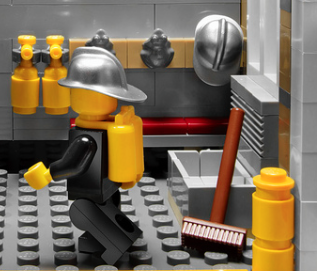 Not every Lego part is made in every color, and the existing combinations run the gamut from commonplace to incredibly rare.  For an AFOL, it can be an exciting day when the Danish Powers That Be decide to run a new color of ABS plastic through a mold and release it to the world in sets.  Still, I never even considered trying to collect every color of some of the more interesting Lego part shapes until I saw them presented as simple but beautiful rainbows and fun, bright little MOCs by Elseph De Montes, frequent contributor to Lego fan blogs New Elementary and The Brothers Brick.

Just as collections come in all kinds, so does the call of completionism.  And sometimes the call is to fill in a perceived hole in an existing collection.

I mentioned Lego's line of detailed vehicle models. The Mini Cooper, VW Beetle, VW Van, and Double-Decker London Bus have all been released in recent years, as have promotional mini versions of the same.  Sadly, the Creator Ferrari F40 has no mini-me.  And other large vehicles outside the Creator line, like the Ideas Caterham 7 and the Technic Porsche 911 GT3 RS are similarly lacking.  While this gap is a bit of a relief for my Lego budget, it still bugs me a little and I've felt the urge to fill it with a MOC instead.  When BrickSet announced their recent microscale contest, challenging readers to create a mini version of any set Lego has ever made, the Caterham came to mind.  I pondered and considered this and several other ideas, and hemmed and hawed until the deadline had come and gone.  But not before I came across this masterpiece from a builder named Victor highlighted on Brothers Brick: 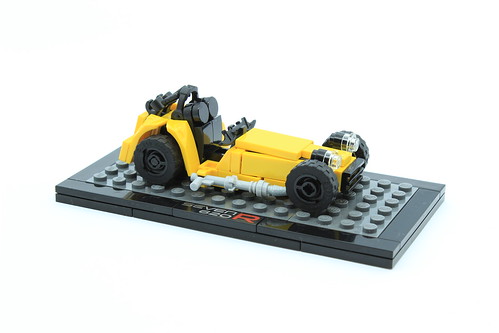 It's a weird combination of awe, disappointment, and relief when you see someone else's rendition of something you were considering building, done far better than you probably could have yourself.  The awe is for the skill of the builder, disappointment over a fun project idea becoming moot, and a bit of relief that now it has been done so well, you can focus your attention on another dormant inkling of a idea.  Sometimes it's not always as important that I personally fill the gaps, as long as somebody does.  When the world is filled with so many incomplete collections demanding the completionist's attention, it can actually be a gift to have a reason to put a self-imposed challenge aside.
Posted by BrickTeller at 23:14